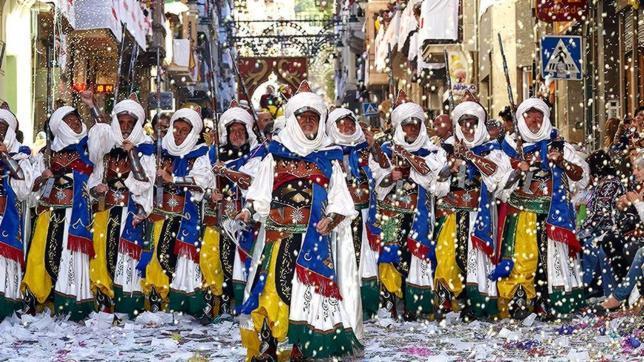 Have you ever heard anything about the battle with tomatoes? Or the happy procession of the funeral of the sardine, a small river fish? If you have not, then it's time to get acquainted with Spanish southern coast! After all, festivals and celebrations are an important part of the Spanish culture. There is a lot to see: the beaches of Costa Blanca, dozens of museums, parks, restaurants and beautiful nature. A charming natural environment that increasingly tempts visitors to own a summer house on the Costa Blanca. But the celebrations make this place especially attractive. This shows the cheerful and active spirit of the locals! 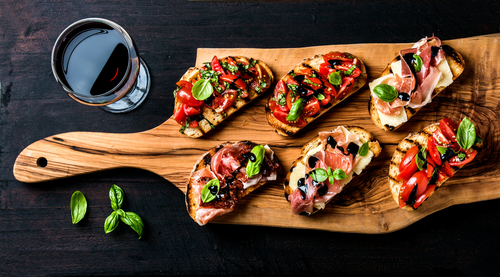 Mediterranean cuisine: What to eat on the Costa Blanca?

Mediterranean cuisine combined with the unique healing climate of the Costa Blanca brings health and long years of living. The average life expectancy in Spain is 83 years, and the risk of obesity or heart disease is less than 18% lower when compared to the average value in the world according to the WHO (World Health Organization). Gastronomic colouring of the coast is not only the famous paella, cooked in each town in different ways, taking into account local traditions. Other national Spanish specialities are the seafood: shrimp in batter, fried calamari, octopus with potatoes, rice with anchovies... 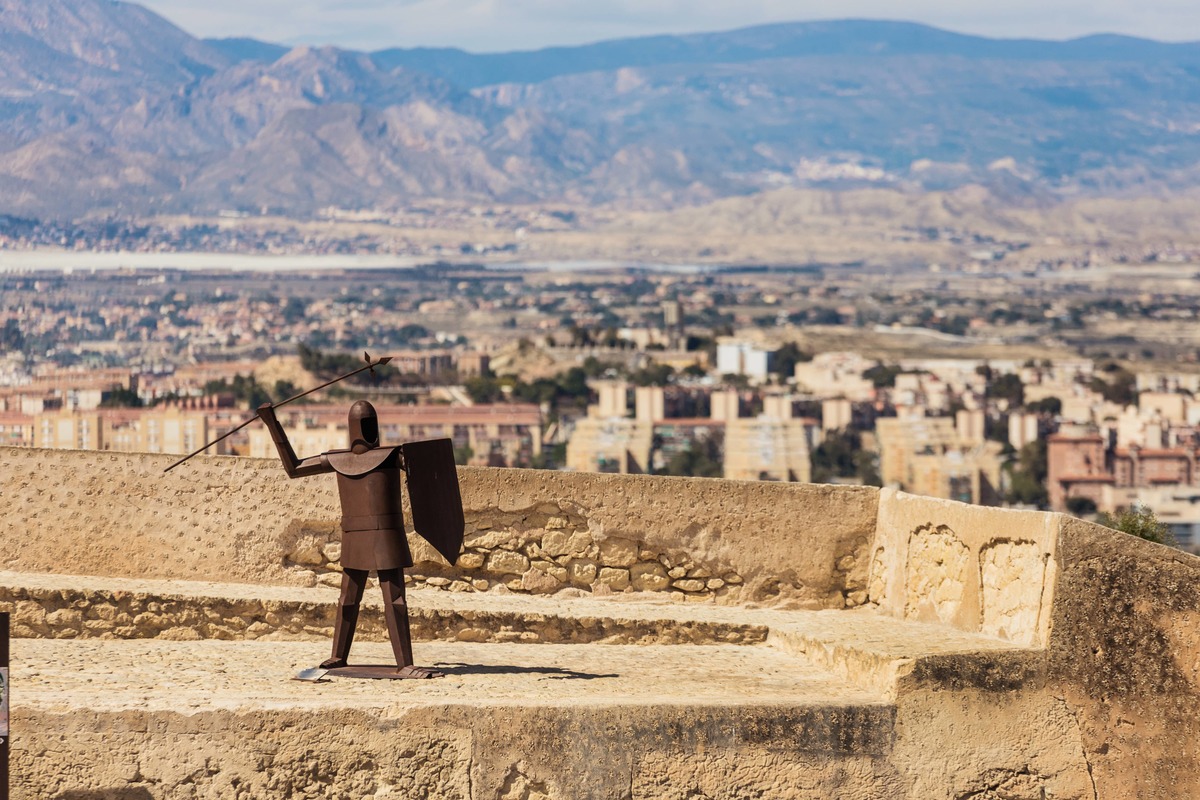 Everyone who loves medieval history and romance would like to hear the stories about those times when the states were ruled by kings and in the streets of the city one could meet a knight. Castles in Spain are silent, but still attractive with their beauty and mystery. On the coast there are about 200 castles, including low towers, lighthouses, ancient prisons and forts. Each building has traces of antiquity and important historical artefacts in every corner. Owners on the Costa Blanca can visit them whenever they please. If you are interested in history, you cannot miss the trip! Get in the car and go on a tour around the Castles of Costa Blanca from Alicante to Denia, following our convenient guide. It will take about 5 hours to drive between all the castles, and each one will need about 2 hours to go around. For a comfortable trip you just need a smartphone, Google maps and a good mood. 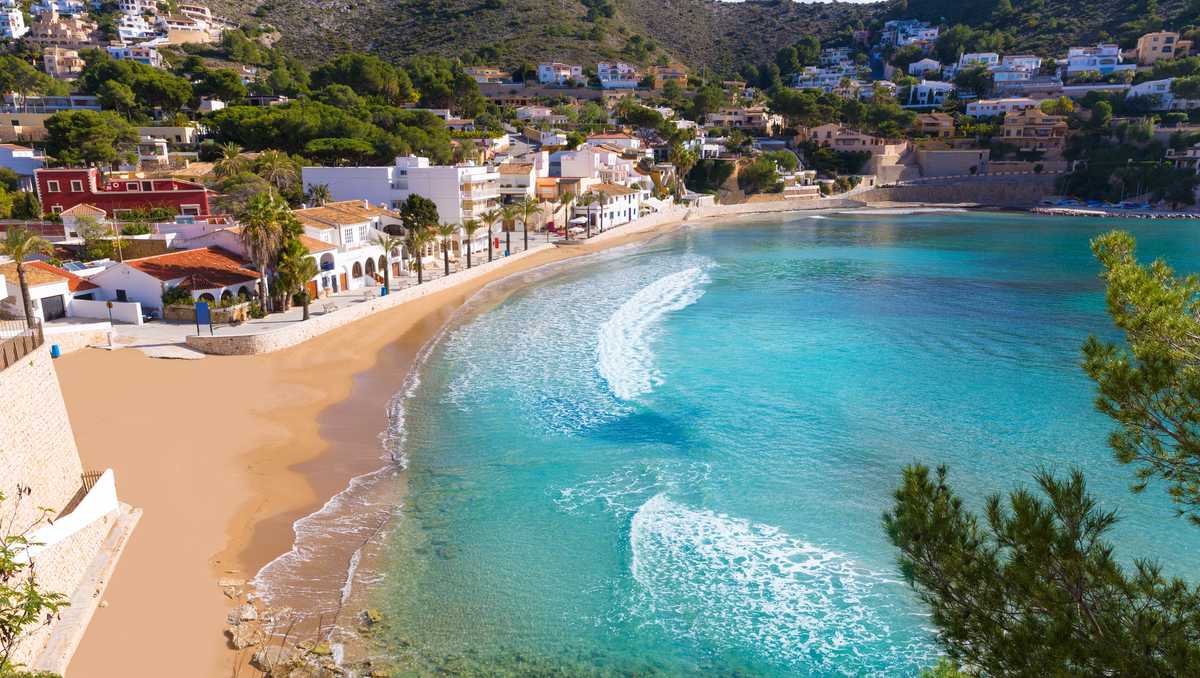 Moraira: a natural magnet to buy a house

If you have never visited or even heard of Moraira, you might just never come upon it. Although people are more driven towards more touristic places like Benidorm or Alicante, when you discover Moraira's beauty and peaceful atmosphere, you may find yourself staying longer than you thought. You may even be tempted to buy or rent any of the many properties in Moraira. It is very clean, quiet even during its most populated and bustling summer season, very warm and comfortable. During the summer, the temperature can be registered above 30 degrees and will never fall below 16 degrees during the winter. The city has been awarded in various occasions with the Escoba de Platino (Platinum Broom) award regarding its cleanliness, due to its fantastic assessment and work with disposing of residues and rubbish, and its finesse and skill in cleaning the streets. 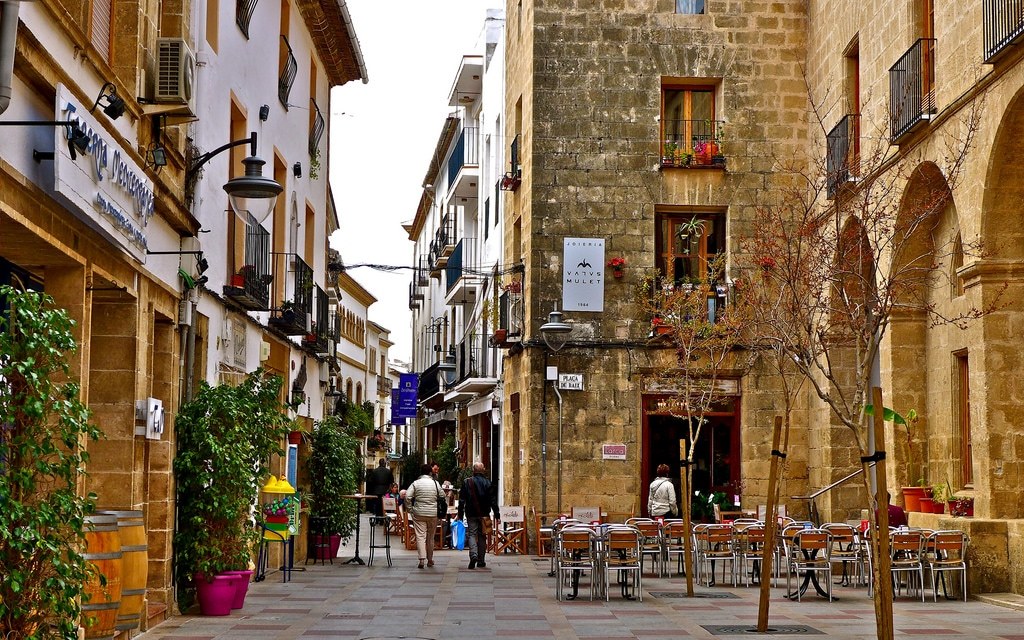 Jávea: a small charming town with an impressive history

Javea is a small coastal town situated on the northern side of the Costa Blanca's coast, in the province of Alicante. It may not be as big or metropolitan as the rest of its neighbors, but its stark mediterranean personality more than makes up for its small size. The montgó protects the town from the chilly northern winds, with its hulking frame reaching 753m, thus producing a fantastic micro-climate. Experts in the WHO, determined Javea's climate as health friendly and very favorable. It is rare that the temperature should fall below ten degrees during the winter, and its crystalline waters rise beyond 27 in the summer. The Nao Cape, located in the southern part of Javea is the most oriental part of the country, which essentially means the most breathtaking sunrises. Property owners in Jávea can enjoy them every day! 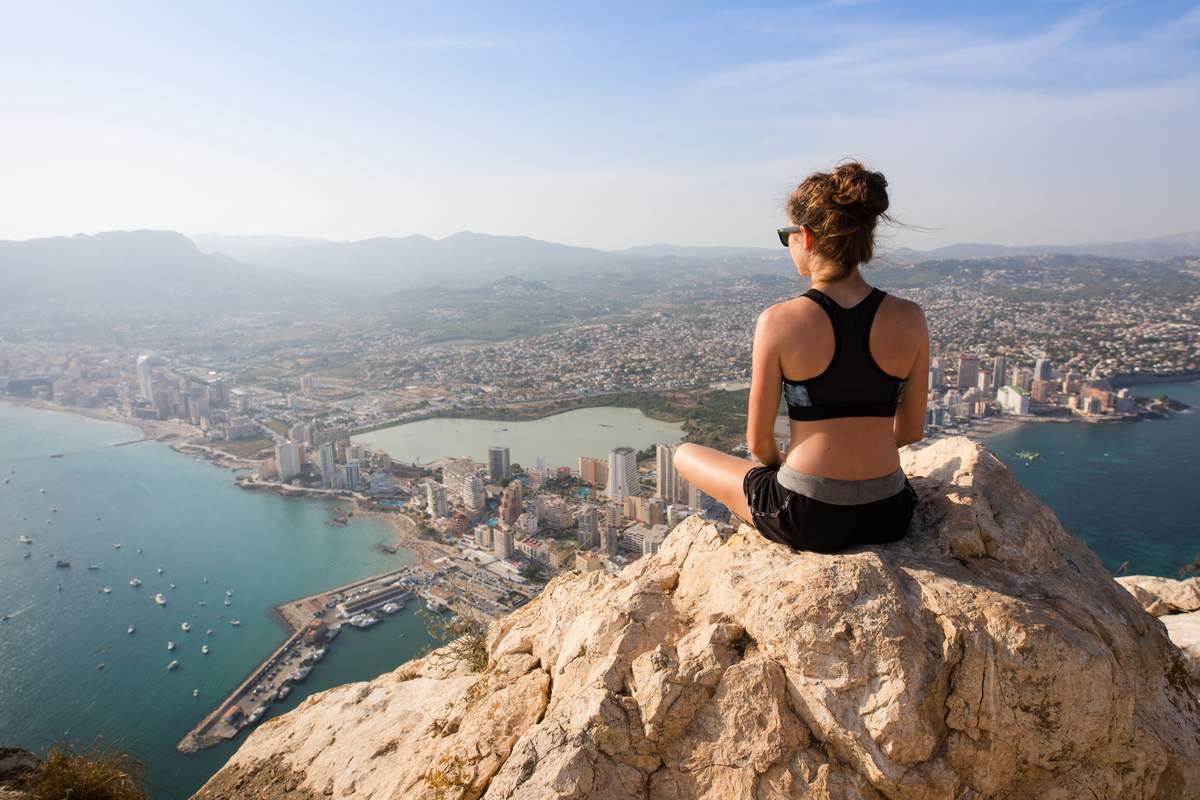 Calpe: a city where lose your senses and enjoy the essence of life

Cosy villas and apartments in Calpe are located along the coast, small bays and peninsulas, with the majestic Penon de Ifach rock over it. The landscape is so picturesque and unique that it became a local landmark a long time ago, and the rock itself is a nature reserve. Due to a special climate, the rock slope has rare plants and more than 80 species of birds living there. Another interesting place is at the bottom of the cliff. It is the Salinas Salt Lake, abandoned by salt miners one hundred years ago. Amazing beauty and views open from St. Anthony peninsula. You have to visit and see it. This place is hidden from prying eyes, to get there you need to come through a 25-meter long tunnel running through the rock, and a serpentine of narrow footpaths. The entire track is equipped with ropes, which help to cross this path easily. 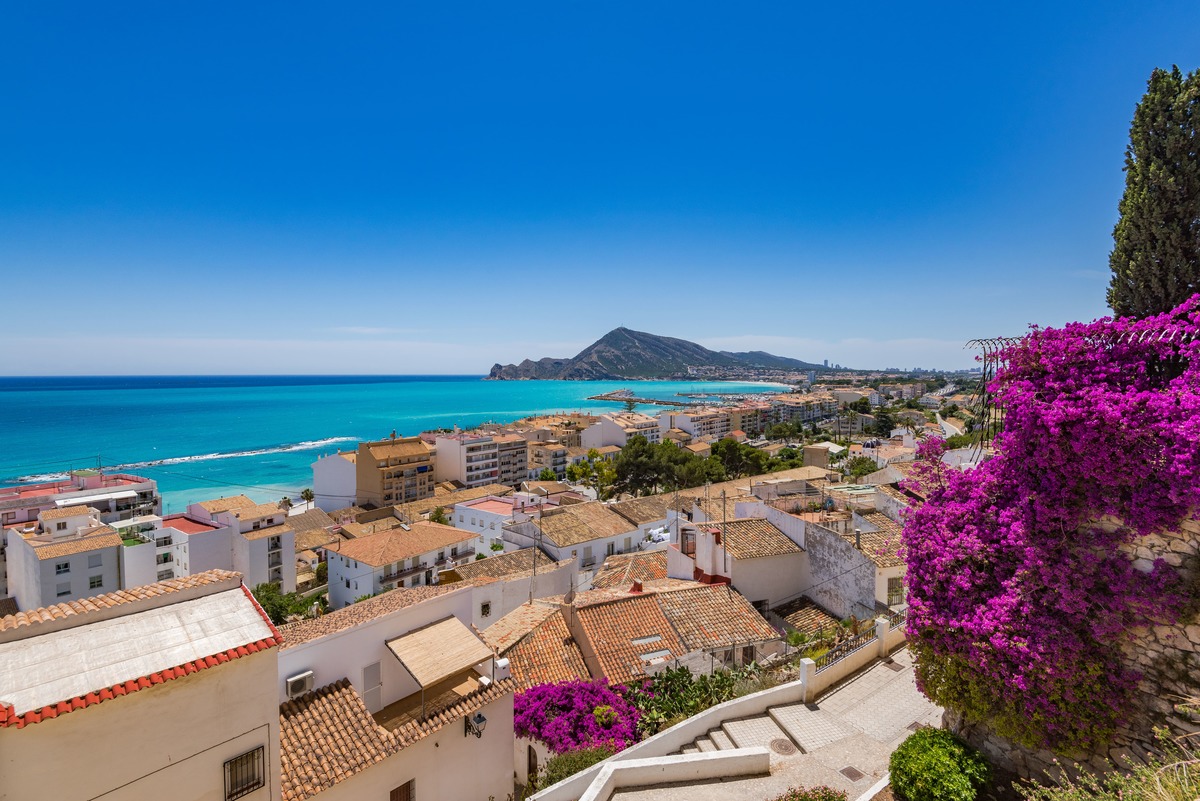 Altea: an idyllic place to live or spend your summer

On the warm coast of Spain, it is a small and cozy town that was a hometown for many artists of the eighteenth century. Spanish Crown’s artists settled there as a colony until the end of the War of the Spanish Succession. They decorated cobbled paths and the stairs of Altea with bright drawings. Since then more than five hundred years have passed, but the creative atmosphere is still there. Everything here is reminiscent of those magical fairy tales told to us during our childhood. 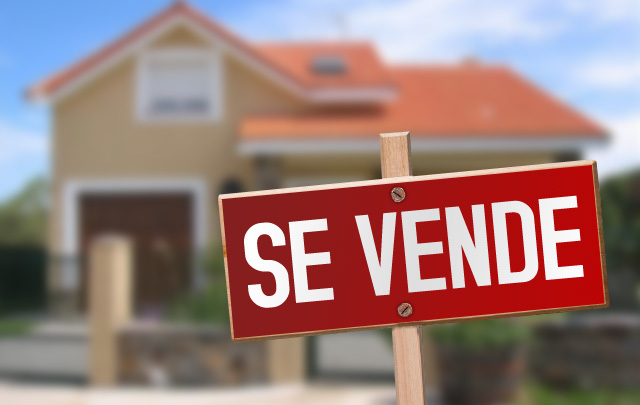 Everything you need to know when buying a house in Spain

Did you know that having a property in Spain is a dream that can become a reality?

By choosing Spain, you will get a country with a beautiful climate, clean beaches, many beautiful parks and leisure areas. However, an uninformed person when buying a property in a foreign country can easily get a lot of problems instead of a dream villa. How not to get trapped and not to make mistakes with the property choice in Spain?

We have made a list of three basic steps that you should be aware of while planning to purchase your dream home in this sunny country. 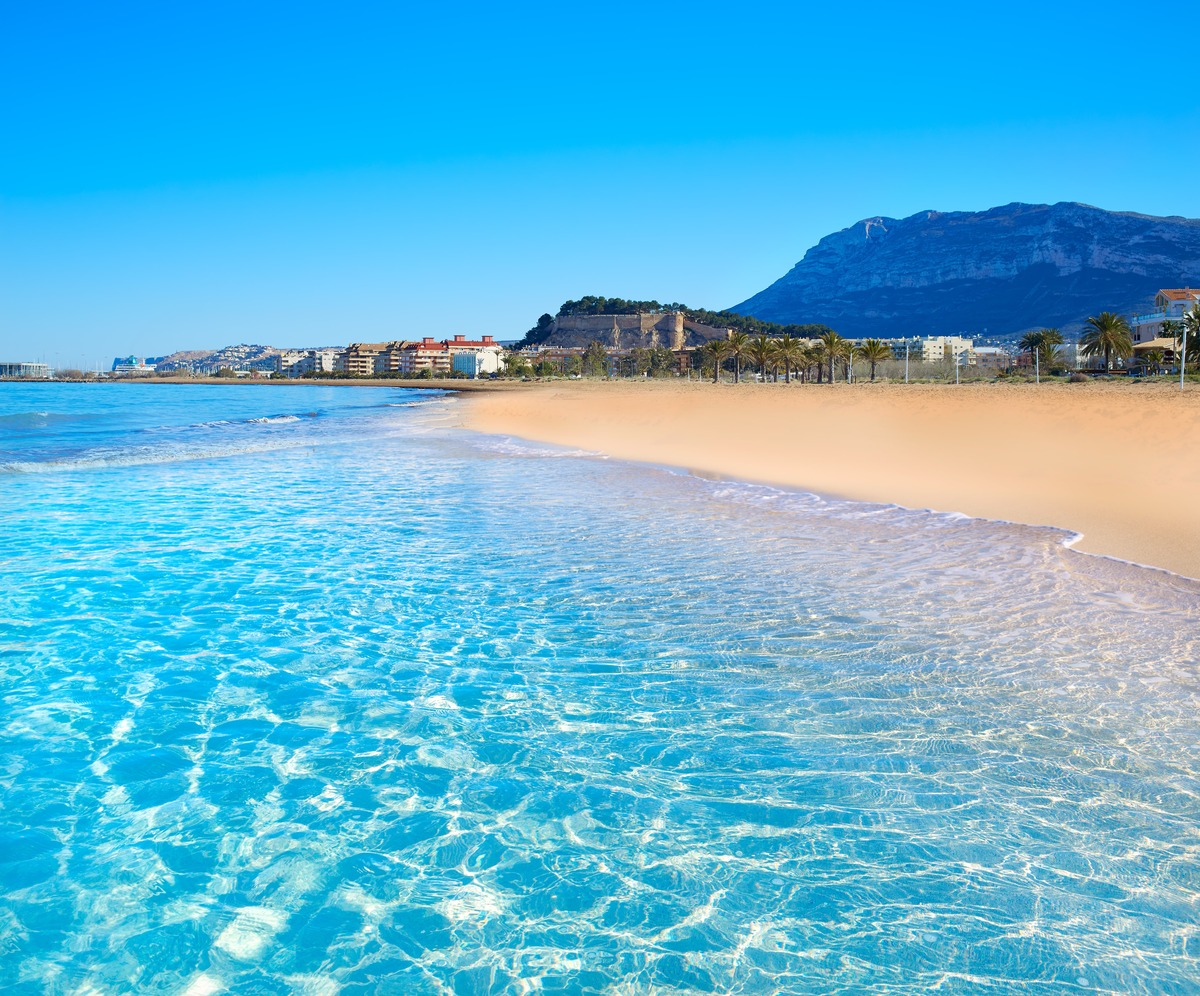 The Costa Blanca: everything you need to know about the hidden treasure of Spain 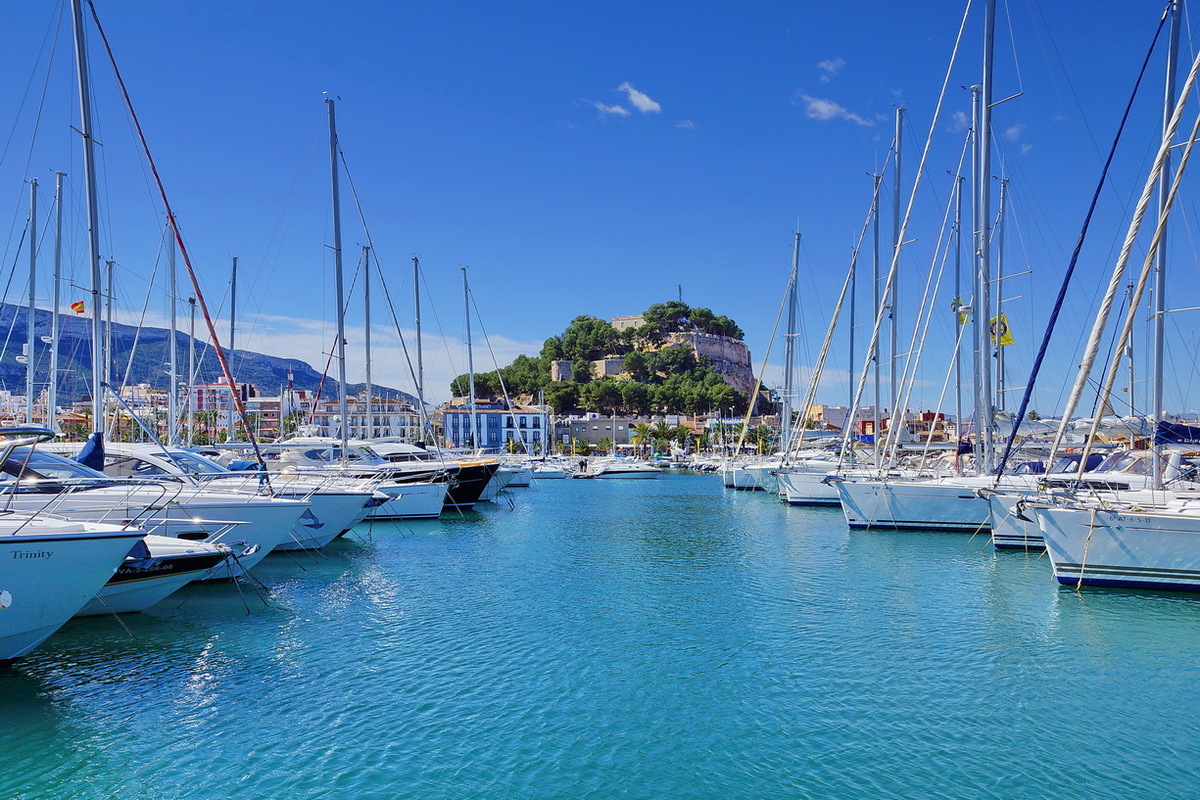 Dénia: a charming little town on the Mediterranean coast of Spain

Dénia is a small and welcoming touristic city located in the Costa Blanca half-way between Valencia and Alicante. Their beaches have been described as the best in all of Spain and the World Health Organization chose Dénia as the most favorable place to live in 1986. UNESCO, in 2015, declared its title as ‘Gastronomic Creative City’. With so many attractions, buying a house in Dénia seems to be an invitation to paradise!

Dénia has evolved and modernized a great deal throughout the last years but has still managed to maintain its small-town fisherman’s wharf etiquette. You can feel the artistic culture as you walk through its narrow medieval streets, gazing upon its beautiful architecture and buildings. It has a very unique micro-climate, thanks to Mount Montgó and the San Antonio Cape, which protect Dénia from the chilly northern winds. The Cape, happens to be a natural reserve, forbidding construction, making sure Dénia is not as metropolitan as other more populated cities in Costa Blanca. Those who are fortunate enough to buy a house in Dénia or rent a property in Denia over the summer can enjoy this picturesque and warm city. 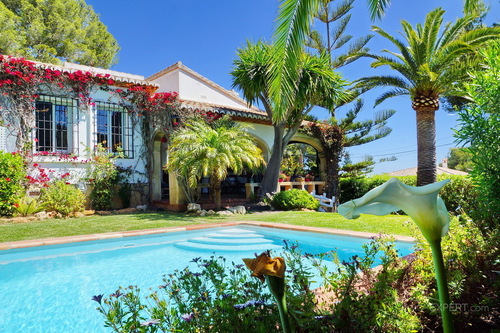 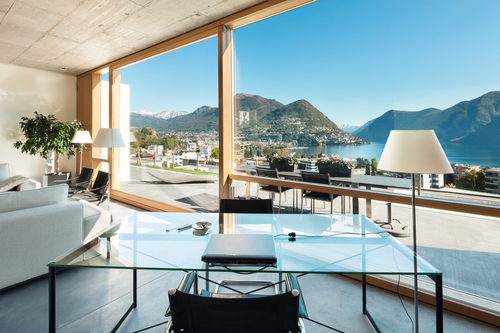 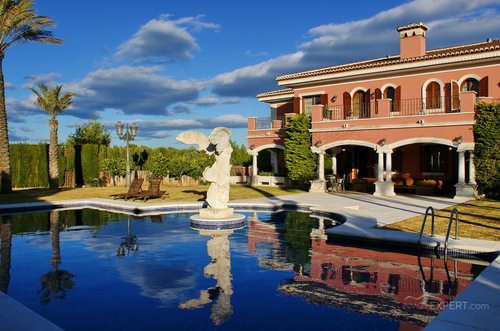 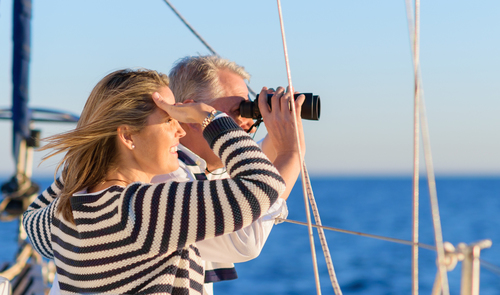 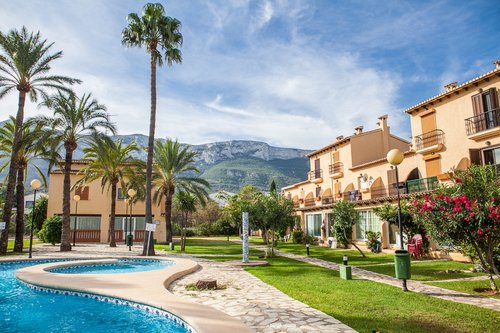 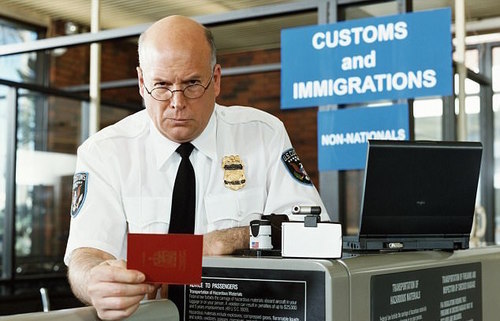 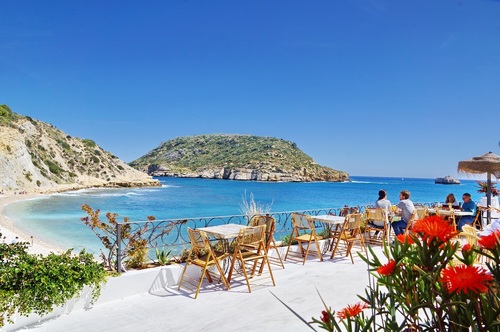 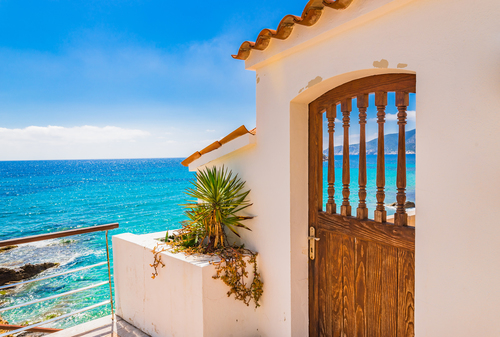 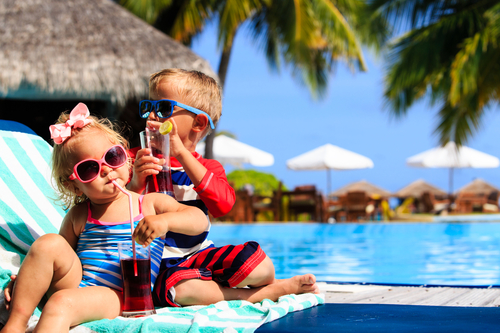 Family holidays in a rental house on the Costa Blanca: Kids will love it! 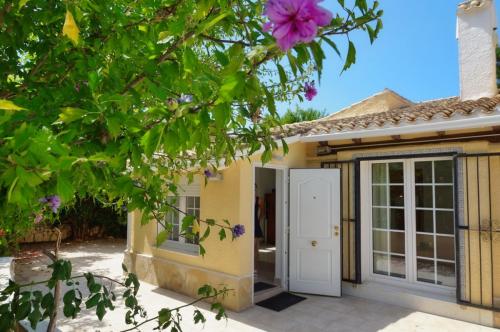 A villa designed to spend your holidays next to the beach

The chalet is on a flat plot of 533 m². It has a small pool, garage, garden and summer gazebo.

The villa is all in one level; built area of 180 m².
Large living room with open kitchen, 4 bedrooms and 3 bathrooms (2 with shower and 1 with bathtub).

It was partially renovated in 2017.

Apartment with a magnificent terrace next to the beach

Spacious and very sunny apartment with a large covered terrace a short distance from the sandy beach at KM 5 of Las Marinas. Well maintained gated community of 10,000 m² with two swimming pools, tennis courts and a beautiful Mediterranean garden.

500 meters from the supermarket, a short distance from the bus stop leading to the city center, various cafes and bars, and the famous Mediterranean cuisine restaurant "Cueva del Mero". 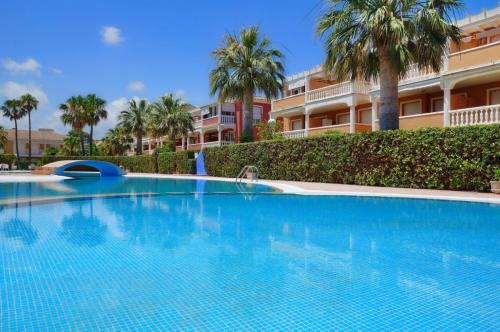 Apartment in a cozy complex on the beach and center 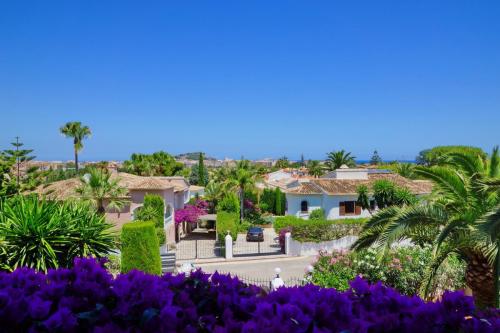 Mediterranean chalet with views of the Castle and the coast 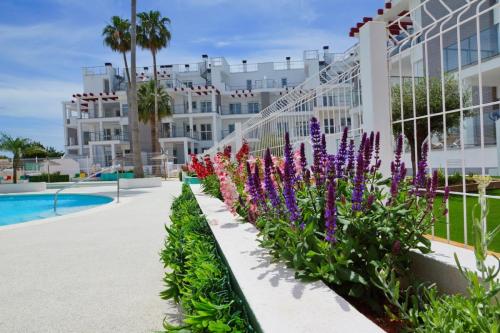 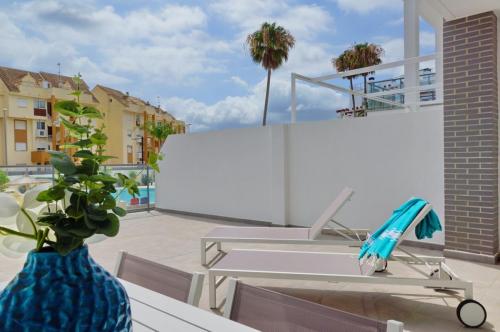 Block of 4 heights with elevator: ground floor, first, second and penthouses with solarium. In total, 21 apartments.

The available housing is a corner ground floor with direct access to the community area with swimming pools. It has a private garden and a partially covered terrace of 51 m².

The apartment is sold unfurnished and partially equipped. The photographs belong to the pilot apartment located on the ground floor, which is already sold.

Do not hesitate to contact us to organize a visit to the pilothouse and the complex without compromise or to clarify any questions that may arise. On weekends we also work!